Every second Sunday in May is Mother’s Day in Germany. Chances are that you will be giving your mom a bouquet of flowers. Though flowers are generally welcome, not all is so rosy about them after a first glance. Many of these floral beauties come from overseas, where they may be produced under socially and ecologically questionable conditions. To combat such misrepresentation, certificates and seals have been established. They are meant to guarantee at least a minimum of social and ecological standards. Eventually, consumers will decide through their purchases whether or not beneficial conditions shall exist in the countries of production. I will give you some hints for purchasing flowers. 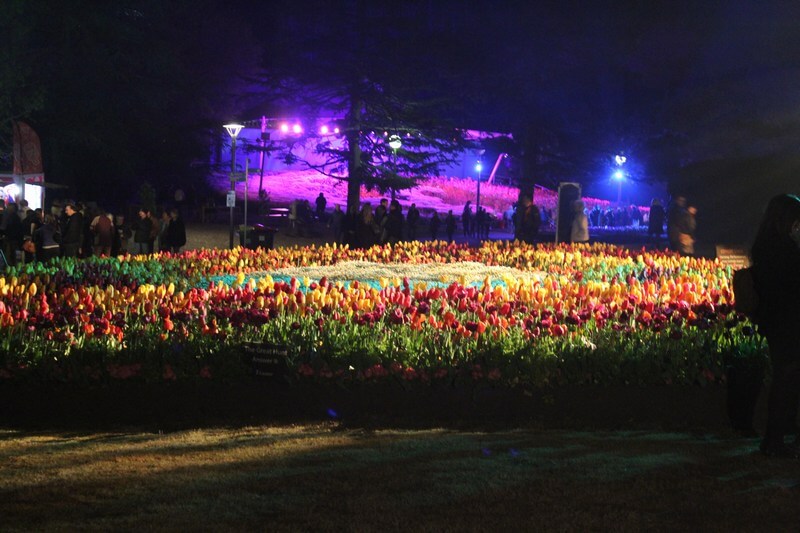 In these parts, flowers are very common gifts – and not just on Mother’s Day. No wonder that Germany has become the world’s fourth biggest market for cut flowers, but very few of them actually come from Germany. About 82% of the blossomy splendor comes from the Netherlands. However not all cut flowers are really produced in that country. About half are produced in other parts of the world, such as Kenya, Ecuador, Columbia, Israel and Zimbabwe. Especially rare kinds of roses typically come from Ecuador and Columbia. The cut flowers in supermarkets are usually from Kenya, Israel and Zimbabwe. Tulips do actually come primarily from the Netherlands. Orchids mostly derive directly from Thailand. Chrysanthemums and gerberas are grown either in the Netherlands or in Germany.

The pros and cons of flower farms can be seen in Kenya: This country has emerged as the world’s largest flower exporter. Many persons live from the cultivation of flowers. Roses are grown on gigantic farms and are then transported by truck and airplane to the countries of the customers. The pickers on the farms toil for a starving wage and work under sometimes dangerous conditions. Often without any protective clothing, they have to spray highly toxic pesticides. The water problem is also increasing. One example is Lake Naivasha: Due to the tremendous farms, according to Greenpeace, the Massai have less and less grazing land for their cattle. To reach the next watering place, they have to travel many kilometers and take detours. In the Kilimanjaro region, the water supply is turned off over night in order to irrigate the massive acres of flowers.

Since these concerns have become a thorn in the side of ever more consumers, protection labels have been established. They grant their seal only to flower farms that can guarantee a minimum of social and ecological standards. Many supermarkets offer flowers with the “Fair Trade” seal, which indicates certain standards, such as no child labor. Flower shops often display an “FLP” seal. The Flower Label Program supports social and ecology-minded planting. FLP-endorsed companies do not use any highly toxic and carcinogenic chemicals. An audit takes place once a year. Even though FLP products are somewhat more expensive, the florists selling the plants get some benefits. They will not suffer from allergies coming from toxins on the flowers. The eco-balance is not so convincing for flowers from the Netherlands due to the high energy consumption in greenhouses. Dutch plants should carry the MPS-A seal. This certificate is granted to European wholesalers with better ecological conditions for production.

Anyone who values climate protection can go to a regional supplier and thus save energy. In this way, energy will not needlessly be consumed for cultivation in a greenhouse and for transportation. Open-land flowers are especially ecofriendly. Now in May, you have a a choice of many plants grown on open land. Domestic flowers are in season from late April to early November. The colorful assortment ranges from dahlias, bell flowers, lobelias, mallows, larkspurs, sunflowers, up to zinnias. These beauties are sold at open-air markets, eco-markets (Wochen- oder Ökomärkten) or directly off yard from the nursery.

Environmentally friendly plant growing is the focus of ecological agriculture. The ecological plant companies work without artificial fertilizer, pesticides and genetically modified plants. They also work to protect surface and groundwater, which is good for domestic wildlife. Certain synthetic substrats like hygromull, stone woolor sytromull are tabu. Eco-farmers frown on chemicals to trim plants, they use clippers and sparingly fertilizers as well as renewable energy and raw materials. Ecoflowers are certified with an eco-control number.

Protection of Nature in Germany

Many eco-farms avoid using peat mulch in production. According to BUND about 10 million cubic meters of peat are excavated per annum – typically from the north German bogs. Peat moss, in gardening, is used for potting and cultivation. Otherwise peat is used as a fuel or for medicine or cosmetics. Before cutback, the moor has to be dehydrated with a widespread system of ditches. This destroys precious habitat for many plants and animals. Additionally, moor resources are finite. In order to protect the deteriorating ecosystem of moors, it makes sense to abstain from the use of bogs. Even hobby gardeners can help by not using peat. To date private gardens have used up to two million cubic meters of peat.

Contract Law Around the Purchase of Flowers

You also can find ecologically produced and certified flowers on the Internet. But that is currently the exception. Most online shops offer flowers from conventional production. The purchase of flowers by mouse-click happens in two variations: 1. Direct delivery via traditional local florist services. 2. Via snail mail. In any case, order ahead of time to make sure mom gets the flowers on time. Some also offer delivery via messenger. Admittedly this is much more expensive than per normal post, but then you can be sure that mom will not only get her flowers on Mother’s Day (and not just any day) but that they will be fresh as well. 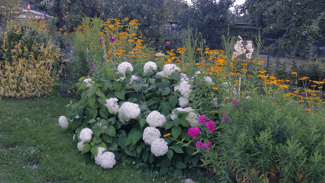 When ordering, don’t just study the bouquet but also the description of its parts. The STC of internet shops often have a provision allowing the vendor to alternatively deliver replacement flowers – for seasonal reasons. Cut flowers are one of the few exceptions that are not eligible for returning on remotely closed contracts (§312b III no. 5 BGB). However, this has nothing to do with returning the flowers because you did not get what you ordered: too small a bouquet or withered flowers. When returning an item, it is a good idea to add a picture of the flowers that were delivered. This will typically persuade the vendor to send a replacement – otherwise everybody could allege that they got flowers with their heads cut off.

If you are congratulating a new mother who has recently given birth, be very careful about what you give! Toddlers cannot resist putting things into their mouths. Disregarding any pesticides, some plants are toxic by nature. The Information Center of the Univeristy of Bonn has put together a list of poisonous plants in Germany on its website – in German. Geek Moms has put together a similar list of toxic plants in English. Also pet owners have to be considered with care. Some critters just love to play with new things in the apartment. If you are not sure whether your gift is safe or not, that does not mean you have to refrain from giving or that you have to put the flowers in the compost. Just keep the plants out of reach for little children and pets.

When purchasing flowers in a shop, you can also do something for ecological protection and avoid plastic wrappings. Fresheners are another “No, no!“ because they pollute water. Several simple tricks can keep your flowers longer blooming – even without any chemicals. Cut flowers are to be put in fresh, luke warm water with the lower leaves cut off. Cut a pinch off from the bottom of the stem. Keep the thorns on the roses. The vase is best placed where there is no direct sunshine, heat or drafts. They blossom a bit longer near to fruit. I expressly suggest you add a teaspoon full of sugar. And most important, change the water every other day and clean the vase.