Halloween is just around the block. This event is becoming ever more popular in Germany. But what is this Halloween? Where does it come from? What should be considered while trick-or-treating? We are answering these questions and more in this article. 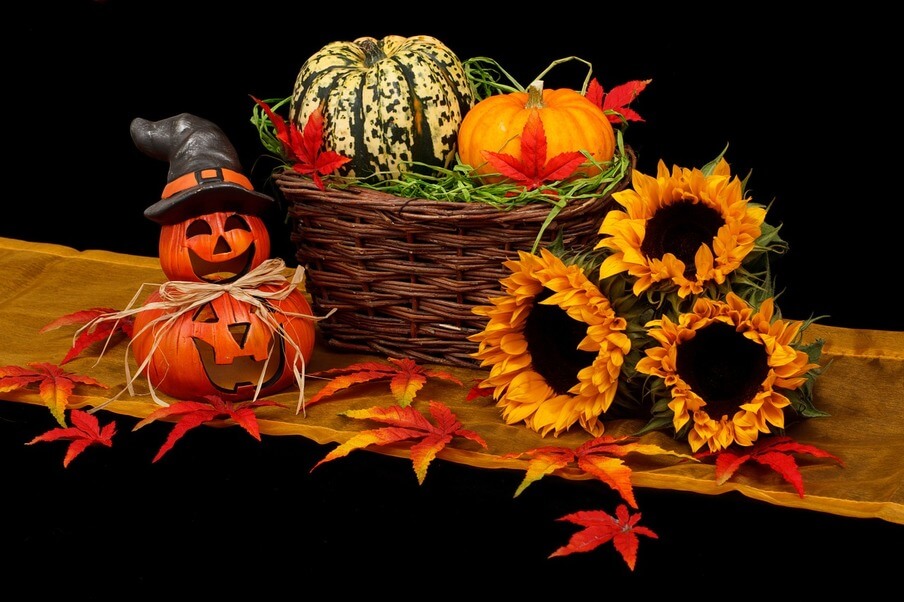 The History of Halloween

Halloween is not at all a pure American custom as many like to believe. This over 5000 year tradition is an import from Irish immigrants to the States. Way back then the Celts only knew two seasons, summer (which began in May and ended in October and Winter (which started in November and ran until April). On October 31, summer ended for them and had the name "Samhain". People of those days believed that the world of the living met the world of the dead. During this one day, the dead had their chance to snitch a soul and so possibly obtain a chance for life after death. In order to honor and woo the dead, food and drinks were put in front of one's house. To really scare away the dead, people masqueraded with horrible masks and noisily roamed the area.

Around 800 A.D., the Catholic Church tried to superimpose this "party" with its important festival "All Saints Day" which is celebrated on November 1st or in English "All Hallow's Eve" which became "Halloween" is the evening before the hallowed "All Saints Day". The idea behind the festival is to honor the dead of the months May to November. In the mid 19th century, the Irish brought this custom to the States, where it soon gained great popularity.

Also this custom "trick or treat", of either threatening to play a practical trick or prevent this by freely giving out sweets, has come over to Germany from the States. This goes back to the Welsh tradition of "Cennad y Meirw". The better off members of the community prepared festive meals for "Samhain". The poor members of the community went from door to door and collected for the ancestors that passed away. While doing so, they wore masks, the so-called "Cenhadon" which represent either the passed away or not to be recognized evil spirits. It was considered a sacrilege to deny such alms and this inevitably lead to damaging the house or other possessions.

Nowadays, as consumption is the name of the game this historic aspect has gone totally lost. Today, only kids dress as witches, vampires, ghosts and whatever else. When they roam the streets, parents (dressed normally) only make sure the kids do not get lost. In Germany, kids shout "Süßes oder Saures" and this can actually be translated into "trick or treat".

Whenever visited adults dare to deny the giving out of any sweets, they will often experience a funny trick, like toothpaste on the door knob. In some cases, an evil trick will be played, like fire crackers in a mailbox or (rotten) eggs thrown on the house facade. For such cases, it will be good to know who can be held liable for such trick.

Children under 7 years are pursuant to §828 I BGB generally not liable for any torts - and in traffic matters even until 10 (§828 II BGB). Children older than seven but younger than 18 are only then responsible when they have the necessary discernment. These rules exclusively relate to civil liability; the following regulations apply to criminal liability. When it comes to criminal damage (§303 StGB), minors under 14 are not subject to punishment. And minors above 14 can be fined without further discussion. Keep in mind, though minors typically have no funds but such a fine can be enforced any time within 30 years. So the damaged person may quickly sue but must wait - until the child starts earning money.

Liability of the parents for damages caused by their offspring? This will be the case, when they have breached their duty to supervise (§1631 BGB). In such case, parents can be held liable pursuant to §832 BGB. As always, the individual situation has to be considered. When the parents did watch the play of their children correctly and the brat did damage something of another person, then the person suffering the damage will be stuck with the costs.

Conclusion: To prevent damages at Halloween, parents are to instruct their kids accordingly on the boundary between fun and maliciousness. Best would be to have an adult accompany the kids - maybe pool the kids from the neighborhood. At the very minimum it is advisable to take out a private liability insurance. You don't have any yet. Check out the business directory for insurance agents.

Driving During the Eve of All Saints Day

Not only kids have their fun on Halloween, adults have picked this event for partying. It will be "really authentic" when one is dressed up as a witch, zombie, ghost, or skeleton. When you set yourself behind the steering wheel all masqueraded and have a problem to fully hear and see, the police can admonish you with a fine of € 10. When it comes to an accident and you look like a skeleton, then you might lose - the protection of your car insurance. Being drunk, that will not only costs you insurance coverage but also points in Flensburg.

The tradition of putting a candle in a pumpkin comes from Ireland. However, at home they used beets, but as they emigrated to the U.S.A., they noticed there were more pumpkins than beets in the States, therefore they switched vegetables.

The legend of Jack O' Lantern originally goes back to an Irish tale. A guy named Jack O. was constantly drunk and did only evil during his life time. But on the other hand, he was also pretty witty. As one fine day, the devil visited him, Jack managed to lure the devil on to a tree top and afterwards carved a cross in the bark that the devil might not come down from the tree. Only after the devil promised him that he would not tease Jack, did Jack let him come down.

Years later Jack died. Due to his history, and because he got involved with the devil, heaven closed its gates on him. The devil, still annoyed, also did not let him into hell. Instead of that, he put a hollow beet with a glimmering piece of coal inside so that Jack can find his way between heaven and hell in the darkness. This lantern was dubbed Jack O' Lantern.