What do think of being a transparent bank customer?

Starting April 2005, you will be completely see-through. Federal Minister of Finances, at this time, Hans Eichel, is closing the net of control over what the taxpayer declares or not.

Since the beginning of this month, virtually every tax office may know about but not screen any and all of your German bank accounts or depots. If they have any doubt about what you declare, they can demand to receive the annual tax statement from your bank (Jahressteuerbescheinigung). You will automatically receive the statement at the beginning of the following year. Supposing you either lose or refuse to submit this statement, the tax authorities may demand that your bank submit it. Starting in July 2005, if you have any bank accounts in the EU the German, authorities may obtain such information from the foreign fiscal authorities.

How does such scrutiny function? Well, not really every officer and especially not any temporary personnel will have access to this sensitive data. Due to massive criticism in the press, the authorities reacted and ordered that the tax offices will not have direct access. They will have to apply to a central state tax office for information. Let's say you handed in your tax return, and the officer working on your file has reason to doubt your declarations. He will write you a letter and ask for an explanation, warning that your accounts will be disclosed if his questions remain unanswered. If your answers allay his concerns then that was it. If not, he will investigate to find any and all of your accounts. Per software each and every German bank will be asked if they hold an account for you. Supposing this check reveals nothing, the tax office will not pursue these misgivings anymore. Afterwards, you will be informed in your tax assessment that they queried your accounts. Then you can have this investigation tested in court to determine whether it was legal or not and thus infringed your right to informational self-determination. However, it may happen that you did not mention an account. The tax officer will again write you a letter and ask you to submit an annual bank statement for each detected account. If you hand them in, that will be supposing nothing was to be taxed. If you do not, or refuse to submit the annual bank statements, then the investigation will proceed by requesting the bank statement directly from the bank. If it turns out that you hid income from the tax authority, then you better find a good defense lawyer! 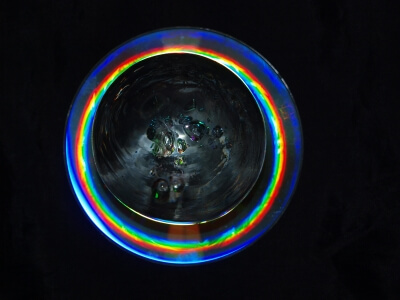 compliments for the picture go to johnnyb / pixelio.de

Andorra, Austria, Belgium, Liechtenstein, Luxembourg, Monaco, San Marino, and Switzerland, however, refuse to submit such monitoring reports to Germany. Therefore they levy an anonymous tax at source on interest income. The German authorities will not find out which taxpayers have savings accounts abroad, but this tax is rather high. The tax rate starts at 15%, will rise to 20% in 2008, and is supposed to reach a maximum of 35% in 2011. This EC monitoring procedure is applicable only to yielded interest and not to dividends or life insurance policies. Only accounts that still exist in July will be reported.