While meteorologically seen, spring has long since begun, nature again is starting to show its splendor in the first sprouting crocuses and daffodils. April is considered the spring month. Though the weather is not promising, at least the first day of this month gives reasons for happiness. I have gone out of my way to collect some of the most interesting information on Aprils Fool’s Day. Where does the custom come from? 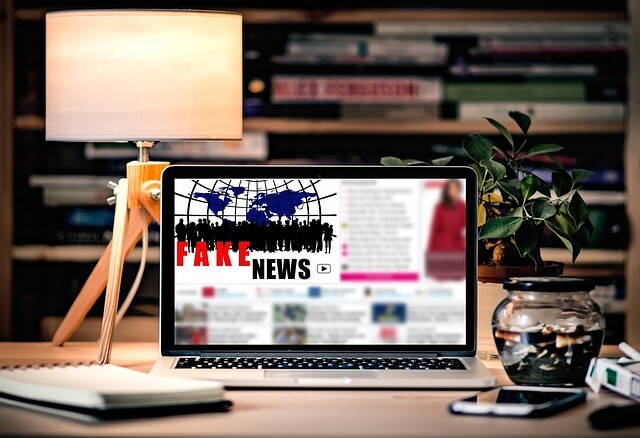 The first of the month has always been said to bring bad luck. Thus, August 1st (Satan's fall), December 1st (destruction of Sodom and Gomorrah), and most of all the of April 1st (as the birthday of Judas Iscariot, the betrayer of Jesus Christ) were considered the unluckiest days of the year. In ancient Roman listings, the 1st of April can also be found under the "rejected days" (= bad days).

In Bavaria, the first April Fool’s joke was recorded in the year 1618, and then for the rest of Germany for 1631. This custom can be detected in the entire Indo-European settlement area, however. The word "April Fool" first appeared in Germany in the second half of the 17th century. The works of Johann Wolfgang von Goethe also contain references to the term "send in April". When you play a practical joke on somebody in Germanophone countries, you send him into April – jemanden in den April schicken. "April Fool's Day", however, can only be traced back to the 19th century.

There are several guesses about the origin of the custom to fool someone on April 1st, but none of these are irrefutable. Some see a connection between an April Fool's joke and the capricious weather, others think to find an explanation in the history of the French King Henry IV: The King was very fond of young ladies. One day, when he asked for a date in a secluded pleasure palace, he surprisingly found himself in front of the entire court, including his wife, who then thanked him for his participation in the "ball of fools".

Other Countries Other Manners?

No, not quite in this case. The April Fool's joke is widespread almost throughout the whole world. In America, Australia, South Africa and India, people celebrate the April Fool's Day, where they tie up a bear on that day as they do in France, Africa, and Italy.

The April Fool of Today

Until the middle of the 20th century, April jesters were quite common, and people eagerly played practical jokes on one another (in den April schicken). Even in the 70s and 80s, April fools were very popular. On April 1, many companies hired new trainees, who often fell victims to the pranks of long-established work colleagues on their first day at work were.

Today, on the other hand, April fools are practiced less and less. If anything, adults are just fooling family, friends, or work colleagues. Furthermore, although April fools jokes are most common among children, there has also been a decline in recent years.

Although the first newspaper April Fools' Day came in 1774, today it seems that more and more people play practical jokes on another across the media. In the 18th century, people fell for the message: man can breed not only Easter eggs, but also chickens in all possible colors, if one decorates their environment in the desired color. The chickens would then adapt to their environment.

But even today, people can be misled by reports in the media. In addition to newspapers and television, broadcasting seems to be the most suitable, since spoken words are usually given more credibility and cannot be read again, as they can in a newspaper or on the Internet.

Nowadays the World Wide Web is also used for the dissemination of April fools. Whether as emails or post on a website - the dissemination speed is enormous. Surprisingly, the truth is rarely checked here, and the more often a message appears, the more credible it will look. Sometimes, fools become professional with fake news…

Among Germans, USA is notoriously known for strange laws or court judgments. But the German system also gives the occasional cause for smiles.

For example, the Hessian constitution in Art. 21 still allows the death penalty for particularly serious crimes. You can only be happy be that it violates the principle of "federal law breaks national law" from Article 31 GG.

When you take a trip to the North Sea and explore the island of Helgoland better walk than ride a bike, or even worse drive a car. Pursuant to §50 StVO, not only driving motor vehicles but also cycling is prohibited. Wonder what a police officer rides…

The Federal Employment Agency which includes the family fund provides over-bureaucratic instruction which make it unmistakably clear: The leaflet introducing services for child support writes "Whether a child will be treated as first claimant, second, third depends on the order of children’s’ birth.” Would you have thought that?

If you only believe that only bureaucracy triggers giggles, then you err. Even German courts contribute with curious judgments or unusual cases to general amusement or amazement.

So, a vehicle owner's case could have easily passed as an April Fool's joke. A guy mistakenly filled his car with diesel instead gasoline. Of course, this caused an engine failure. The vehicle owner demanded to have the repair costs reimbursed from his car insurance. BGH, in its judgment v. June 25, 2003, re: IV ZR 322/02, finally confirmed the verdicts of lower courts: The refueling of a car with the wrong fuel is qualified as the operator's fault. The insurance is not liable because no accident happened; rather, it is classified as uninsured operating damage. So, if you refuel wrongly, it is your own fault and your bill.

LG Hannover heard on March 23, 2000 (re 19 S 1986/99) a case relating to a contents insurance. The judges were scratching their heads at the story of a brilliant dog which did not appreciate being left home alone while master was out having fun. The dog stuffed a drain with toilet paper and turned on the water. The ensuing flood not only turned the flat into a swimming pool, but had it raining a floor below. The judge held it possible that a lonely dog opens a water faucet and shreds toilet paper and so willing create a swimming pool. The insurance was obliged to pay for the damages.

OLG Dusseldorf, judgment of September 21, 1999, re 4 U 182/98, was about a man who forget everything else when he encountered his girlfriend in a paradise costume and seemingly naked. Unfortunately, he forgot the lit candles he left standing on covered dining table, which later heated up not only the encounter even more, but also the surrounding environment. When demanding coverage from his private liability insurance, he received a brush off. The judges showed mercy in this case and did not assume gross negligence and awarded reimbursement from the liability insurance.

The case of jogger was held at OLG Koblenz on July 3, 2003 (re 5 U 27/03). He was running in a park, where he crashed into an unleashed dog when it jumped on him. Even though the owner had a responsibility to have the dog leashed, the judges ruled that the jogger had a 30% co-liability. The jogger was able to recognize the dog unleashed for a long distance and should have been able to either stop or reduce his speed to circumvent the dog. Animals behavior is known to be unpredictable and therefore a duty exists to accordingly adjust and be careful.

Hearing and Pleas as a Poem

A broker demanded payment from his client. Since this client turned out to be a “no-pay”, he wrote his client a reminder applying rhymes. LG Frankfurt, judgement of February 17, 1982 (re 2/22 O 495/81) considered as appropriate to respond with its verdict in the form of a poem. This verdict went viral because it was presumably the first one written completely in rhymes.

Do you think this is incorrect language for a court document? Not at all! Procedural law only dictates that the language of the court is German – whether or not it may be prose or rhyme is not codified.

Reasons of the Verdict:

The defense lawyer’s response hereto is not less charming:

AG Detmold in its judgement of August 13, 2007 (re 3 Ca 842/07) rhymed about a plaintiff who was employed in a gambling hall as a supervisor. When her employer found out that she had pleasured herself while on duty, he gave her notice. In order for her to maintain her good standing in public, he did not give the reason. When she took the dismissal to court, he disclosed the real reason for her termination: that she was masturbating on work. As a result of the release of this compromising information, she complained in court for cease and forbear and reimbursement in money for the pain of this embarrassing disclosure. Wegen dieser Bloßstellung klagte die Frau auf Schmerzensgeld und Unterlassung.

By lawyers on both sides of the bench and academica this ruling was commented on by some with sardonic understanding, but some strongly critized it. Nobody will generally complain when a judge applies humor, and so shows that lawyers also can be funny. Good taste still ought to be applied, however. This is even more true when the person who is the object of the humor might feel that his or her plea is not being considered as serious – as in this case.

May this article be evidence for you that not only the everyday German has humor but also German officials.

Case on Germans not having humor dismissed!