OLG Frankfurt /Main ruled on August 16, 2006 (re 9 U 70/04) on the question if the director of a travel agency could be held liable pursuant to §823 II BGB in conjunction with §266 StGB if he refrains from transferring money held in trust into an escrow account.

The plaintiff, an association handling the sale of tickets for airlines sued the defendant, a former director of a travel agency in the legal form of a GmbH, for not forwarding funds from ticket sales. As the plaintiff wanted to directly debit the account of the defendant with € 25,244.76, the bank refused to debit the defendants account and returned the debit. In the mean time, the defendant had gone bankrupt.

§823 II BGB gives grounds for damages due to violating a “protective law”. The aforementioned section defines “protective law” as an act of law aiming at the protection of another person. Such protective law can be found in §266 StGB sanctioning fraud. Directors have the legal obligation to file for bankruptcy within three weeks after they notice the company has become insolvent (§64 I GmbHG). This is a typical case for a fraud if the business partner is not informed of such financial difficulties.

The defending ex director denies having committed fraud. In his opinion, fraud would have been committed if he had acted with motives of self-interest, which he had not. There is also no such obligation to hold a special account for third person monies – neither from the contract nor from the law. The defendant’s company was not in financial difficulties as it had a credit line and this credit line was secured with a personal guarantee. Furthermore, the plaintiff also had to know that this kind of business carries risks.

The court held that the plaintiff has grounds for damages pursuant to §823 II BGB in conjunction with §266 I StGB. The relevant elements of fraud by breach of trust are: 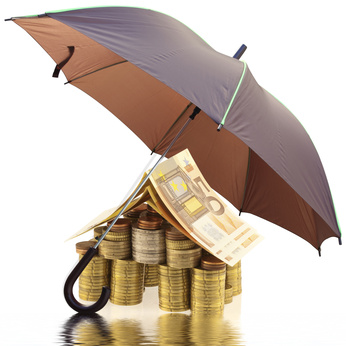 The first two elements of a fraud have been fulfilled without any doubt. The parties had a fiduciary relationship. As shown in the association’s by-laws, the membership has agreed that it is the plaintiff’s task to control the payments and reimbursements to and from travel agencies and represent the membership against third persons.

A breach of the trust relationship is to be seen in neglecting to remit the plaintiff’s assets into a fiduciary account for the benefit of the plaintiff. The normal business bank account is insufficient to hold money unless it can be guaranteed that these funds cannot be seized. However, whenever the entrusted person is in a financial crisis, fiduciary duties will only then be obeyed if the funds are forwarded into a special account. The financial loss is also evident.

Considering the alleged non-intentional action of the former director, this cannot be recollected in a neutrally orientated mind. Latest the returned direct debit clearly demonstrated the financial situation of the defendant’s company. Following the defendant’s own arguments, he accepted that the ticket costs would not be able to be debited from his account. The plaintiff is suffering from a financial disadvantage because he did not retrieve the entrusted assets. The willful intent is to be seen in the defendant’s argument that he had to work around financial bottlenecks.