Piercing the Charitable Veil of an Association for Business

The Federal Court of Justice decided on December 10, 2007 (re II ZR 239/05) about a registered association (eingetragene Verein) whether the corporate veil around the legal representatives can be pierced when this association becomes extremely commercially active.

The parties of the reported case are arguing that the legal representatives of the association should be held liable because they busted up a charitable organization that was misused for a business corporation. The plaintiff is closed real-estate fund wanting to collect on its lease for the castle Schweinsburg. The defendants belong to the International Kolping Society. The local offices are structured as associations without legal personality and behind them are charitable associations (gemeinnütziger eingetragener Verein, short e.V.). One of the association’s goals was to offer measures for vocational related training for the youth and adults in general and further founding educational centers (i.e. further the “association’s school” or “school” and youth dormitories). The school turned out to be the largest supplier of state-subsidized vocational initiatives. In 1996, the e.V. running the school reorganized itself internally into a pure holding company, while the operational business was outsourced to GmbHs. Shortly before this ex officio winding up, this association had 25 subsidiary (and subsidiaries of the subsidiaries). In 2000, the defendant lacked the financial capacity to pay the monthly leasing rates of € 83,000. Later that year, the association applied for bankruptcy. 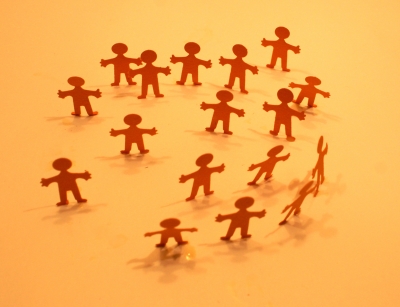 The court held that at the latest by the end of 1997, beginning 1998 the formally charitable organization was factually working as a business association in terms of §22 BGB when it made a turnover of DM 30 mill., about 1/3 of the conglomerates total turnover. This negates the privilege of a secondary goal to obtain profits. The concept of “secondary goal” is based in association law §§21 - 23 BGB. Associations are usually expected to be charitable but this is not an obligation. The most prominent non-charitable organization is ADAC (one of the major German automobile clubs). Charitable organizations may not have commerce as their major corporate goal. However, since such organization needs financing, they are permitted to have a “Zweckbetrieb”, as an income source. This permission for the secondary goal is considered as the secondary goal privilege (“Nebenzwecksprivileg“). The income source must only be secondary and exactly when secondary becomes primary is a question for the courts as there no strict rules. A critical threshold is passed when the turnover from charitable income (e.g. tithes and offerings) is lower than the commercial income.

The charity did not have any problems in its credit worthiness, which were unlawfully kept secret from the plaintiff. There was no illegal asset transfers inside the conglomerate of companies at any time. The plaintiff alleged that this massive commercial activity of the charity and the therefore violation of the secondary goal privilege gives grounds to pierce the corporate veil and have the directors be personally liable.

The law itself already gives enough protection with two measures

Since the lawmaker grants public registers public trust, everybody may with legal force believe what is entered in the registry – even if grounds for deprivation exist. As long as the deprivation is not entered, everybody may and is to trust that the charity is a charity. Due to this trust board members may usually rest assured that they cannot be held liable for their activities.