Are referees also subject to domestic trade taxation for their income for umping abroad -- even if they do not establish a commcercial place of business during international games? The Federal Tax Court answered this question in its verdict of December 20, 2017 (re I R 98/15). 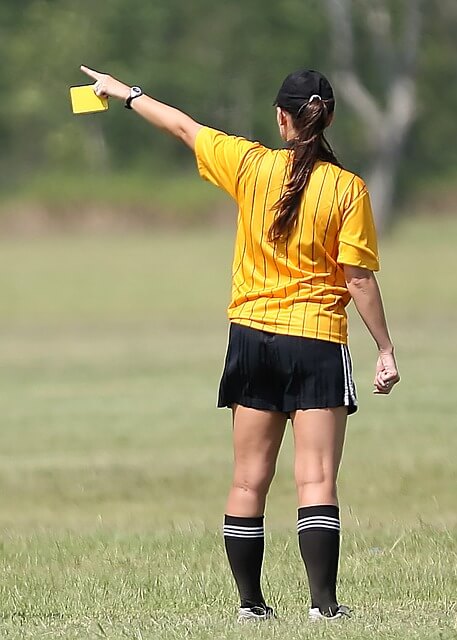 During the years 2001 through 2003, the umpire was active domestically and internationally. The tax office wanted to collect trade tax on his international income as well as his domestic income. Since the tax payer did not agree with the office's opinion, he complained in court.

BFH did not decide in favor of the referee. This activity constitutes a trade business in terms of trade tax law because it is an independent activity performed to achieve a profit in which he was participating as a business in commercial interaction. Self-employment is found from the referee obtaining income on his own account and at his own risk while constantly reaching out to the next hire for business. Employment cannot be assumed even though the hiring organization determines the time and location of the work but during the actual work, he is free of instructions. This constitutes entrepreneurship. Last but not least, the plaintiff's activity indicates competition with others for business, i.e. a business setup, and thus the numbers of contractual partners is irrelevant. It can therefore suffice that only serving one association -- be it on local or international level -- that a business approach to the market can be assumed.

Domestic Apartment as a place of Management

The next question is where the "place of management" is located. This is important to determine whether the income is taxable in Germany or in the country where the foreign tournament took place. BFH also makes it clear that the plaintiff had only one permanent establishment, namely in his domestic apartment, which qualified as the place of "management". At the venues (in their respective referee's cabins), on the other hand, he does not maintain a "fixed business establishment" or " facility serving the business of a company" and therefore he had no permanent establishment which would establish foreign taxation. This means that all his income, be it in Germany or in different countries, is taxable exclusively under the normal German rules.

Referee not an Athlete

Finally, national tax law is typically not excluded under double taxation conventions. Even if the soccer referee (in comparison to umpires in other sports) is physically active in the practice of his profession, he does not work "as an athlete". This relates to double taxation conventions providing special rules for athletes. Although his activity is perceived by the spectators of the football match, he does not participate directly in the match. His participation only allows other people (the players) to compete in the sporting competition. As a result, taxation is not reserved under contract law to the (foreign) state of activity.