A lawyer residing in Lower Saxony was mandatorily quarantined after returning from his cottage in Sweden. He didn’t like this mandatory quarantine for everyone wanting to enter Germany from abroad. What do you think he did? That’s right, he took it to court. The OVG Lüneburg heard him on 11 May 2020 (re 13 MN 143/20). 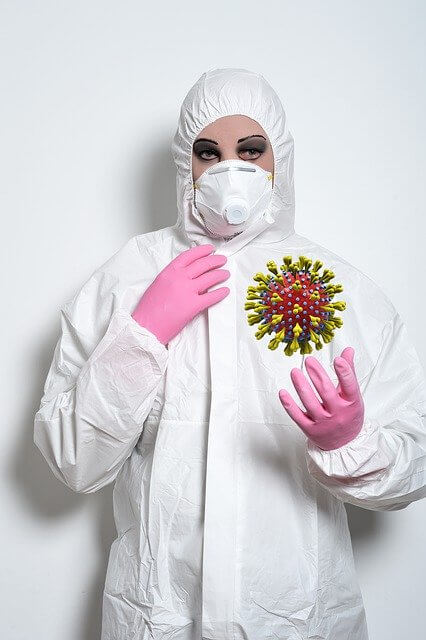 According to a decision in principle by the Lower Saxony OVG, the quarantine obligation for people entering from abroad is illegal and no longer exists with immediate effect.

The decision of the OVG Lüneburg should have a signal character nationwide. The federal states have all introduced comparable regulations, according to which a compulsory quarantine is ordered for persons returning from abroad where these persons may not leave their homes for two weeks.

§5 of the Corona Ordinance of the State of Lower Saxony determines that all persons entering the State by land, sea, or air from abroad must separate themselves and are obliged to go home directly and immediately after arrival and to stay there permanently for a period of 14 days after entry. The same rules apply in practically all federal states.

Holiday Home-Owner submits Application for a Review of Standards

This lawyer owns a vacation home in southern Sweden and applied to the OVG Lüneburg for an urgent judicial review of this provision. He felt that his rights of freedom had been violated and did not want to accept that he was forced to remain in quarantine for two weeks after each visit to his Swedish vacation home.

No Legal Basis for Blanket Quarantine

The OVG ruled in favor of the lawyer and objected on the lack of a legal basis for the relevant provision in the ordinance. The Corona Ordinance of the State of Lower Saxony is based – just like the corresponding regulations of the other federal states – on §§28 et. seq. IfSG. According to §32 IfSG, an ordinance by statutory order is only permissible if the conditions of §§28 IfSG are met. According to § 30 IfSG, quarantine measures are only permitted for the group of persons specified in more detail by law, namely sick persons, suspected sick persons.

General Suspicion that every Person Entering is Illegal

Based on this legal understanding, the OVG concludes that an order of a compulsory quarantine against persons entering the country requires at least the well-founded suspicion of an infection. However, such blanket suspicion may not be expressed in general terms. The probably high figure of undetected cases of sick persons is also not a valid reason because it was just as high in Germany itself as in many neighboring states. According to the Federal Administrative Court’s case law, it is necessary for the suspicion of infection to be a valid ground for quarantine that the probability that the person concerned is infected by a pathogen is higher than those already in Germany. The legislature could not assume this without making distinctions in suspicion for all regions of origin. §30b IfSG did not contain an authorization to massively restrict the freedom of all persons entering Germany from abroad by means of compulsory quarantine.

Expulsion of Concrete Risk Areas would be Possible

In the opinion of the OVG, it is up to the legislature to define more precisely or extend the circle of those against whom quarantine measures may be imposed – if and when necessary. The state government could also identify concrete risk areas abroad by statutory order on the basis of comprehensible findings which justify the imposition of quarantine measures if persons from abroad enter Germany. In addition, the imposition of an obligation to report immediately after entry could be considered, in order to enable the authorities to gain the necessary information about a possible infection through questioning or tests.

As a result, the OVG has suspended the quarantine provision of §5 of the CoronaVO of Lower Saxony. Anyone who is in quarantine as a result of this regulation can leave their home again with immediate effect.

The decision is unappealable.

The decision does not apply to persons against whom a quarantine order has been issued by the local health authority by administrative act due to a concrete suspicion of infection.

The blanket quarantine obligation could also apply in other federal states

The decision of the OVG in Lower Saxony could be groundbreaking for the quarantine regulations of the other federal states with the same content. Some federal states, including North Rhine-Westphalia and Saarland, have already announced that they will immediately adapt or abolish the quarantine obligation for people entering Germany from abroad. This should facilitate the return of vacationers from abroad in the medium term, although not for returnees from risk areas.