The BVerwG (re 1 C 15.04, judgment of June 14, 2005) in Leipzig ruled in the last instance that under certain circumstances, parents can be held liable for the costs of expelling their children from the country.

An Albanian citizen entered Germany in April 2001 without passport and visa. His wife and 15-year-old daughter had already been some time illegally in Germany. After being found in May they were put into custody prior to deportation. In June they all were deported in an airplane to Albania accompanied by two policemen. The costs of expulsion were approx. € 4 000 per person. They were billed afterwards to them. The foreigners' office also wanted the father to pay for his minor daughter. Since the father refused the case was taken to court.

In the second instance, the Superior Administrative Court also ruled against the father. The court argued by setting up the general assumption that parents typically induce the illegal sojourn of their minor children. The basis for this argument is that parents bear responsibility for the whereabouts of their minor offspring. 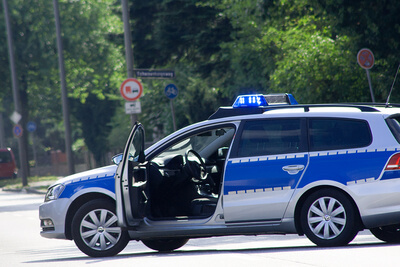 The plaintiff, i.e. the father, argued that he did not induce the illegal sojourn of his daughter. Furthermore, §66 AufenthG showed an enumerative catalog of regulations concerning who is responsible for the costs of expulsion, and when. Only the regulations in that section give grounds for covering the costs of expulsion. That would be the foreigner himself, the people who organize the illegal transport of foreigners across the border, typically at an exorbitant cost, the responsible transportation companies, and employers who employ foreign workers illegally, but not the parents of the wife.

The Federal Administrative Court established the precedent that parents are responsible for the expulsion costs of their minor children. The list of reasons is not enumerative. §66 AufenthG is to be construed in the light of §13 VwKG. This regulation supplements the rules in the residency law, which state that whoever induced the action of the office is liable for the costs implemented by the authority. The Federal Administrative Court confirmed the legal opinion of the Bundesverwaltungsgericht that parents are generally responsible for their minor children because they have the right and duty to determine their residency. However, in exceptional cases parents can demonstrate that they are not responsible for their children’s actions.

If you and family should ever be expelled from Germany, you can expect to pay not only the costs directly related to you, but also to your children.