As it could be read in the international press, the American Government recently contemplated sanctioning persons not paying their taxes by either revoking or not renewing its citizen’s passport. This article aims at discussing what effects will incur when such happens to an expatriate American living in Germany. 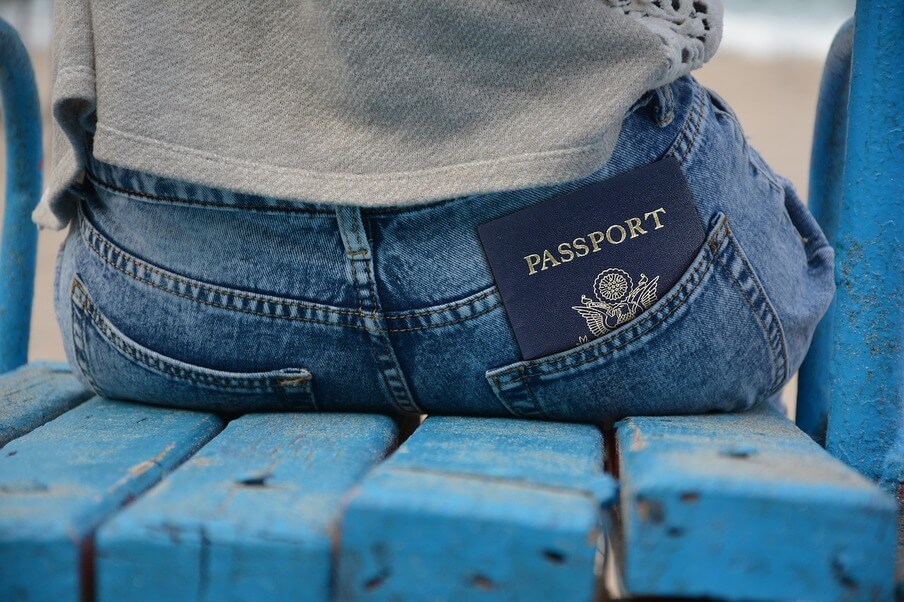 When entering a new country, it goes with saying that the person requesting entry has to show her passport (and maybe also a visa and / or other details) and can expect permission to enter. Is this pure tradition or is a statutory requirement? Carrying a passport is a legal requirement pursuant to §§3, 48 AufenthG for third country citizens. This section provides that foreigners may only enter or reside in Germany if they possess a valid passport or passport substitute, unless they are exempt from the passport obligation by virtue of a statutory instrument. §8 FreizügG provides the same obligation for citizens of the European Union and their family members – regardless of their citizenship.

Who is exempt from the duty of having a passport? This will be typically diplomats and children who are mentioned in the parent’s passport as well as persons from Hong Kong and Macao and rescuers from neighbor countries (§14 AufenthV).

A question sidewise: What does a passport actually communicate? A valid passport is the formal and official declaration of the identity and citizenship of a physical person as well as her right to return to the country of her citizenship. The acknowledged passport is to be understood as the issuing country’s binding declaration, pursuant to international law, that the owner of a passport is this country’s citizen (no. 3.0.8 Implementation Hints for the Act on Residence of the Federal Ministry of Interior of 2004).

This article will not discuss the situation that the passport is lost due to theft or clumsiness – regardless where. The law gives grace for that reason when having an interim passport (§48 II AufenthG). Lost papers will be hopefully found and brought to Lost & Found and so to the Database on Lost Documents. For this discussion, it is also irrelevant that children do not have their own passport but are included in their parent’s passport, as this suffices (§2 AufenthV).

The question now arises: When is it necessary to have a passport? The answer is simple and evident: always. The result of not having a passport is conflicting one of the most important but hardly considered duties of a foreigner: the duty to always have a valid passport (§ 3 AufenthG). When a passport cannot be shown, the foreigner has to take reasonable measures to re-attain a national passport (§§82, 48 AufenthG, §5 AufenthV).

The main concern for this passportless American is to take reasonable measures to obtain a new passport. Reasonableness will only exceptionally be denied. Unreasonableness will be assumed when evidently fruitless or meaningless actions would be required (BVerwG 1 B 54.06 v. 15.6.2006). The Ordinance on Residence itself gives first examples of reasonable measures that must be taken. The most interesting, concerning the topic of this article, is §5 II no. 3 alternative 2 AufenthV. No.3 of this statutory provision provides that “reasonable duties of a citizen are to be met”. And is it reasonable to pay taxes? From a purely legal perspective, this is a standard duty. Since taxes are the income of a country, they are without any legal doubt reasonable.

The discussed draft is concerning those who are "seriously tax delinquente. "Seriously tax delinquent" in terms of H.R. 4348  an outstanding debt of US$ 50,000 or more for which a notice of lien or a notice of levy has been filed in public records. This status of “serious tax debtor” is the ultima ratio of collection proceedings for tax arrearages and will implicit for a German residential status that the American is not making reasonable steps to obtain a new passport. Generally, the IRS will, with more or less discussion, arrange an agreement for paying by installments. In such case, the law in draft provides that the seriously tax delinquent individual will not jeopardize her passport. The scenario in discussion clearly shows an American not pursuing reasonable measures to maintain her passport. In contrary, she is deliberately disobeying her duties.

What are the legal consequences when a person cannot produce her passport? §52 I 1 no. AufenthG provides that a granted permit can be revoked. Besides that, the American is subject to prosecution and can be punished with imprisonment up to one year or a fine for not taking out reasonable measures to reobtain a passport (§95 AufenthG). If a residence permit is revokedthe American is obligated to leave the country (§50 AufenthG). Assuming this person does not volunteer to leave, then expulsion proceedings will be initiated. The problem of not having a valid passport arises again when the American is brought to the American border. American border officials are not obliged to grant a person entry without having a valid passport. H.R. 4348 provides a solution for this problem when an American can receive a passport limited for returning to the United States. If the American does not obtain her passport voluntarily then the German immigration authorities could request that the American consulate issues such limited passport for seriously tax delinquent.

Can it be that though a residence permit has become void, that the American can continue working? This cannot be. Since 2005, when German parliament has adopted the Residence Act now in force, resident permits are granted for certain reasons. This can be for humanitarian reasons, family reunion and here more interesting for employment or self-employment (freelancing). The basis for any kind of employment is a valid residence permit (§4 II 1 AufenthG).

Can it still happen that the American will have his residence permit renewed even without a passport? The answer is a clear “no”. A residence permit for whatever reason may not be granted or extended without the applicant having a passport (§5 I no. 4 AufenthG).

It is legitimate without question that a government wants to secure its income as well as to prevent and prosecute tax evasion. The proposed measures and punishments are draconian for the American abroad. The shown results will also backfire to the original intentions because the citizen will lose her job resp. turnover from which the arrearages could be paid. A more promising suggestion would be to use the judicial system of Germany and “everyday” collection orders and so accumulate income in Germany.

Due to the large-scale harmonization of European immigration law, the results in other European countries might not be exactly the same but for sure very similar.

Validity of Visas in Expired Passports