Citizenship implies a mutual relationship between a person and a country. This especially close relationship establishes certain rights and duties.  Further down you will learn about the rules of obtaining German citizenship. 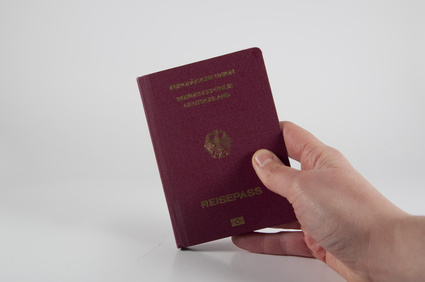 My husband and I do not have German citizenship. Recently I gave birth to our child here in Germany. Can he become a Ger­many national?

My son has lived here all of his life, but has often visited his native country. He wants to keep citizenships in both countries. Is that somehow possible?

That will be possible if he applies before his 21st birthday to also keep his Ger­man citizenship. This is the so-called Beibehaltungsgenehmigung (permission to re­tain your second citizenship). You may maintain your other nationality if it is not possible to waive it, or if there are exceptional grounds for a multiple citizenship.
§§§

That Beibehaltungsgenehmigung sounds intriguing. When will Germany accept a multiple citizenship if I want to take advantage of that retaining permission?

Is there a possibility for my small child to also obtain German citizenship according to the new law?

Yes, she has a chance. Generally, all children under ten can apply for German citizenship if

If your child meets these conditions, she will have the option of keeping German citizenship until she turns 18. Then your child will have to decide.
§§§