The Federal State of Bavaria, the one down south beyond the Weisswurst equator; this state has its own Integration Act which determines the sponsorships and guidelines for integration courses there. Art. 11 BayIntG stipulates, for example, that migrants must attend basic courses "on the values of the free democratic basic order" if they violate the Bavarian “guiding culture”. Inside Germany, there has been a lot of discussion surrounding the topic of “Leitkultur (guiding culture)”. The state parliamentary factions of the SPD and Bündnis 90/Die Grünen filed a complaint related to the principle with the Bavarian Constitutional Court and the court decided on December 3, 2019 (re: Vf. 6-VIII-17 u. Vf. 7-VIII-17). 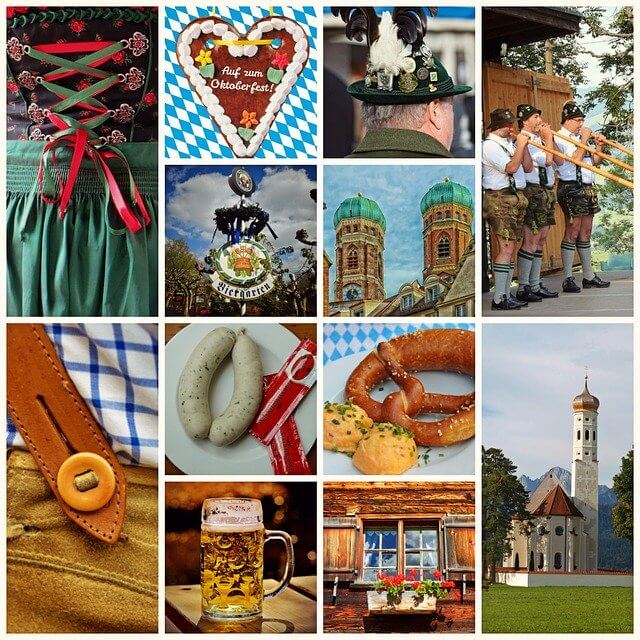 The Bavarians, more precisely, the Christian Social Union government, received a slap in their face. The court ruled that Art. 11 BayIntG was in conflict with the Bavarian State Constitution. This provision held that the requirement that a foreigner had to visit basic courses when “misbehaving” in conflict with the Bavarian guiding culture was in violation of the freedom of opinion and thus the Bavarian constitution. Equally unconstitutional is the regulation that the broadcasting and media institutions should communicate this guiding culture. The regulation violates the freedom of broadcasting and the right of free speech, the BayVerfGH ruled.

As a rough overview:

Bavaria may have its own rules

The court made it clear - contrary to the opinion of the Green Party - that Bavaria can certainly make regulations for the integration of foreigners. According to the court, the Bavarian constitution may determine integration rules for foreigners because the distribution of competences between the federal and state governments considers the law on foreigners to be a common cross-sectional task.

According to the judges, a duty to integrate foreigners could thus be imposed on them even in a Bavarian state constitution; the regulations could even conceptually deviate from the federal legislature.

However, the provisions are not to have the character of criminal sanctions, as is the case in art. 14 para. 2 BayIntG. This provision determines that the "undermining of the constitutional order" is punishable with up to 50,000 Euros. This approach ignores the (German) constitutional order. The judges decided that the Criminal Code is final in this respect, and the Bavarian norm is therefore void.

Working towards the Guiding Culture

The situation is different with the regulation enforced by the CSU that the state promotes educational offers oriented towards the guiding culture, art. 3 IV 2 BayIntG. The opposition complained that the regulation violated the state's duty of neutrality. It was not, however, a question of using this measure to impose a basic ideological-religious attitude on foreigners or of installing an obligation to adopt such a basic attitude. Rather, it was about mutual consideration, tolerance and respect for one another.

Based on the above, the court therefore also considered the conceptual guidelines for kindergartens to be constitutional. The CSU has stipulated in art. 6 BayIntG that day-care center children should experience central elements of Christian-western culture. Childcare providers and educational staff are called upon to work towards this goal. The judges at the BayVerfGH consider this to be an infringement on parental educational law, but the intervention is justified by the state's educational mandate.

The court further held that the obligation to integrate may also require that the migrants themselves may pay for the costs of an interpreter in administrative proceedings, as provided for in the BayIntG. Although the regulation constitutes an encroachment on the general freedom of action, it is justified, according to the judges. The provision pursues the legitimate purpose of learning the German language and culture. Since the provision is discretionary, it offers sufficient scope for interpretation in conformity with the law.

The authorization of the police to enter asylum seekers' accommodation created by the BayIntG is also constitutional. The police may only make use of this authorization in individual cases to avert urgent dangers, which also justifies this interference with the rights of the persons concerned.

Representatives of the SPD and the Green Party were satisfied with the decision. SPD faction leader Horst Arnold spoke of a "resounding slap in the face" for the state government. Tobias Reiß, parliamentary executive director of the CSU, however, argued that "in essence" the law had been confirmed by the court. "The state government takes the verdict very calmly", said State Chancellery Head Florian Herrmann (CSU). In any case, according to the Constitutional Court's ruling, the law is compatible with the Bavarian constitution in its "essential parts", especially the core idea of promoting and demanding integration into Bavaria. The debate was "actually closed", he said.